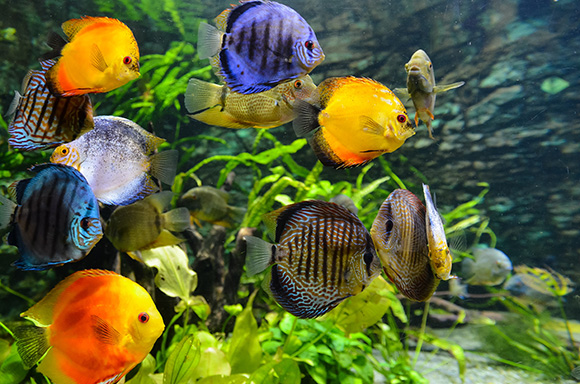 Should You Really be taking fish oil?

According to a recent study at Harvard University –omega-3 fatty acid deficiency is officially one of the top 10 causes of death in America.

Also, it’s been proven to aid the body in weight loss, fertility, healthy pregnancy, healthy skin and increased energy.
Most of the health benefits of fish oil are because it is one of natures’ richest sources of omega-3 fatty acids like Docosahexaenoic acid (DHA) and Eicosapentaenoic acid (EPA).

While fish oil benefits are numerous there are some false claims on how to use this incredible supplement but in this article we will go over the proven scientific evidence to demonstrate the true benefits of fish oil.

Many of Americans’ health problems can be traced back to having an imbalance of omega-3 and omega-6 fats. Omega-6 fats aren’t necessarily bad for you but if they are consumed in large amounts without omega-3’s they cause inflammation which leads to chronic illness.

Today, the average american has a 20:1 ratio of omega-6 to omega-3 fats, when a healthy ratio is more ideally around 2:1. This shows just how deficient most of us are and why supplementing with fish oil is so beneficial.
The biggest cause of omega-3 deficiency is the overconsumption of fried foods, fast foods and boxed foods that contain vegetables oils like soybean oil, canola oil, cottonseed oil and corn oil.
If you have an omega-3/6 imbalance it can lead to the following health conditions:
• Asthma
• Autoimmune disease
• Type II diabetes
• Cancer
• Obesity
• Irritable bowel syndrome
• Metabolic syndrome
• Macular degeneration

It’s also important to know that even though certain other foods like flaxseeds and grass-fed beef contain omega-3 fats, those omega’s are ALA and not EPA/DHA like what is found in fish oil. According to the medical research there are far more health benefits in fish oil (EPA/DHA) than flax oil (ALA) for most people.

There are many benefits of fish oil, but here are the top 10 most scientifically proven effects.
1. ADHD – The University of South Australia has determined that a combination of fish oil and evening primrose oil capsules can help reduce common symptoms of ADHD: inattention, hyperactivity, restlessness and impulsive behavior. According to the researchers, “Fish oil is believed to work via its effects on brain function. 60% of the brain is composed of fats, with the most important being polyunsaturated omega-3 and omega-6 fatty acids. These must be obtained through diet and can be found in dark leafy vegetables, walnuts, linseeds and oily fish.”

2. Anxiety – The European Journal of Neuroscience recently published a study earlier this year showing that fish oil reversed all anxiety-like and depression-like behavior changes induced in rats. This is an interesting study because it stresses the importance of supplementing with fish oil at “critical periods of brain development,” which is why we should give it to our kids from early on to help them so that they will not develop anxiety or depression later in life!

3. Arthritis – An 18-month long study was published this year, which evaluated how borage seed oil – rich in GLA – and fish oil rich fared up against each other in treating patients with rheumatoid arthritis. It was discovered that all three groups (1 taking fish oil, 1 taking borage seed, and 1 taking a combination of the two) “exhibited significant reductions” in disease activity and no therapy outperformed the others. This is critical to emphasize because taking too many supplements are simply a waste of money.

4. Alzheimer’s Disease – For several years now, the fish oil and Alzheimer’s Disease connection has been studied with consistent results: the essential fatty acids vital for brain function that are found in fish oil can not only slow cognitive decline, it can help prevent bran atrophy in older adults.

5. Cancer – Fish oil has been found to help kill various cancers including colon, prostate and breast. Not only has research proven that it makes conventional cancer drugs more effective, it’s also an effective standalone therapy!
According to Taiwanese investigators this past June, “Eicosapentaenoic acid (EPA) and Docosahexaenoic acid (DHA) are the major n-3 polyunsaturated fatty acids (PUFAs) in fish oil that decrease the risk of prostate cancer.” Also in June, Czech researchers published a study explaining that DHA not only kills colon cancer as a standalone treatment, but also enhances current drug therapies that utilize TRAIL (tumor necrosis factor-related apoptosis inducing ligand)!
And still again in June, a group out of India published a study in Cancer Chemotherapy and Pharmacology that, “Fish oil rich in n-3 polyunsaturated fatty acids has been preferred to chemosensitize tumor cells to anti-cancer drugs.” It was even revealed that fish oil improved “hematologic depression, digestion, liver and kidney toxicity!”

6. Depression – We’ve already seen that fish oil can help with depression like symptoms in rats, but what about people? This past June, the journal Nutritional Neuroscience published a study evaluating the effects of fish oil supplementation on prefrontal metabolite concentrations in adolescents with major depressive disorder. There was a 40% decrease in major depression disorder symptoms in addition to marked improvements in amino acid and nutrition content in the brain; specifically, the right dorsolateral prefrontal cortex.

7. Diabetes – This year, Brain Research published some research that show how far-reaching fish oil can be for people with diabetes. In addition to learning that fish oil helps reduce the risk of diabetics from developing cognitive deficit because it protects the hippocampus cells from destroying. The study also showed that fish oil could help reverse one of the root causes of type II diabetes, oxidative stress.

8. Eye Disorders – Fish oil has been shown to reverse dry eye, age-related eye disorders like cataracts. This past March, French researchers evaluated 290 patients with age-related macular degeneration (AMD) and they discovered that dietary oil fish and seafood intake were significantly lower in AMD patients. Due to the high EPA and DHA levels, it was concluded that people at risk for neurovascular AMD should take fish oil supplements.

9. Cardiovascular Disease (CVD) – According to the Cardiovascular Research Institute in Maastricht in Netherlands, “Epidemiological studies showed that replacing fat by carbohydrate may even be worse and that various polyunsaturated fatty acids (FA) have beneficial rather than detrimental effects on CVD outcome.” This includes, they continue, fish-oil fatty acids with anti-inflammatory properties, which can help prevent and reverse a plethora of cardiovascular diseases.

10. Immune Compromise – A recent study has shown that when the antioxidant astaxanthin is combined with fish oil, the immune boosting power is multiplied. This is why I recommend using an omega-3 fish oil supplement with astaxanthin and Vitamin D3 to increases how it’s absorbed into the body becoming even more effective!

Other benefits:
Skin and Hair
Pregnancy and Fertility
Weight Loss
THE LIST GOES ON AND ON……….

The data from scientific research and clinical trials is indisputably clear. Everyone needs to ensure that they have sufficient amounts of EPA and DHA from fish in their diets. Sadly, eating fish is not a viable option because of the documented dangerous levels of pollutants and toxins. Supplementing with Omega-3 Fish Oil, the world’s premier purified, toxin and pollutant-free omega 3 EPA/DHA fish oil is not only scientific, it is common sense when it comes to maintaining and/or restoring your health and preventing disease.

This is precisely why we don’t advocate treating symptoms with EPA and DHA but rather focusing on supplying your cells with the sufficient amounts of EPA and DHA that science has shown are required for health and the prevention of illness. Furthermore, and very importantly, the significant determining factor regarding who should supplement with Omega-3 Fish Oil is not whether or not you are symptomatic but whether or not you are supplying your cells with the sufficient amount of EPA and DHA required for health and illness prevention.

Waiting until you or your family become symptomatic or have a diagnosed illness to supplement with Omega-3 Fish Oil would be absurd considering the fact that science has shown beyond any reasonable doubt that everyone requires EPA and DHA on a daily basis in order to be healthy and prevent illness.
This is why we stress the importance of supplementation BEFORE illness develops. It is both dangerous and illogical to wait until illness develops to begin to take care of yourself or your children or your pets! How can we PREVENT ILLNESS or PROMOTE HEALTH if we wait until we are already ill before we take action?

YOU ARE WORTHY AND DESERVING OF PERFECT HEALTH, IT IS YOUR DESTINY!

Yours in good health,

Please join our FREE FaceBook (PowerPassionProsperity or TriplePLife) Fan page and share with us how we are doing and what content you would like to learn more about. Also leave us a comment about what steps you are taking right now to achieve your own TRIPLEPLIFE. We will feature one of our listeners each week. We would love to share your story about how the PPP is changing your life. We will work hard to personally respond to each one of your comments!

About the author, Dr. Jay LaGuardia

Dr. Jay LaGuardia has spent over 20 years teaching, coaching, and training patients and chiropractors alike the keys to a better life. Having built several successful business, and improved the health and quality of life of thousands of patients, Dr. Jay LaGuardia now focuses on helping people from all walks of life to achieve all their hopes and dreams.