Sam Walton (Founder of Walmart) Was a Failure by WJ Vincent II - PowerPassionProsperity.Com Skip to content 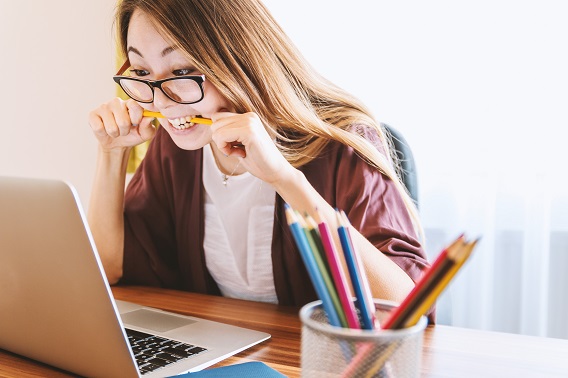 At the age of 27 Sam Walton bought a Ben Franklin variety store in Newport Arkansas, and set himself a 5 year goal to make that store the most profitable in the region.  Sure enough, 5 years later in 1950 he had done exactly that.  Sam Walton’s little Ben Franklin Store had a record $250,000 in sales with somewhere between $30,000 and $40,000 of profit.  This translates into roughly $2.5 Million in sales with somewhere between $300,000 and $400,000 in profits in today’s dollars.  It goes without saying that his success attracted a lot of attention.  Sam Walton believed in being a part of the community and his wife and 4 children had become an integral part of the community taking prominent roles with civic duties and church involvement.  His store was the number one store in all of Arkansas, and probably the surrounding states as well (Harvard Business School Article)

Then, in the blink of an eye, he lost EVERYTHING.  How you might ask?  The small oversight of signing a bad lease.  His inexperience and excitement had allowed him to agree to give back 5% of sales to his landlord, making this contract the HIGHEST any retailer had paid for rental.  Even worse though Mr. Walton had not negotiated an option to renew the lease.  The landlord being an unscrupulous individual knowing there was nowhere else in town Sam Walton could relocate, refused to renew his lease at any price.  This forced Sam Walton to sell him the store with its fixtures and inventory, and which the landlord promptly transferred ownership of, to his own son.

Sam Walton had hit every single goal he had set, and smashed them all successfully over a 5 year period of time, only to fall victim to a tiny detail.

Here is a quote from Sam Walton’s best-selling autobiography “Made in America“:

“I felt sick to my stomach. I couldn’t believe it was happening to me. It really was like a nightmare. I had built the best variety store in the whole region and worked hard in the community, done everything right, and now I was being kicked out of town. It didn’t seem fair. I blamed myself for ever getting suckered into such an awful lease, and I was furious at the landlord. Helen, just settling in with a brand-new family of four, was heartsick at the prospect of leaving Newport. But that’s what we were going to do.”

Here is another quote from Sam Walton’s best-selling autobiography “Made in America“:

“I’ve never been one to dwell on reverses, and I didn’t do so then. It’s just a corny saying that you can make a positive out of most any negative if you work at it hard enough. I’ve always thought of problems as challenges, and this one wasn’t any different. I don’t know if that experience changed me or not. I know I read my leases a lot more carefully after that, and may be I became a little wary of just how tough the world can be. Also, it may have been about then that I began encouraging our eldest boy—six-year-old Bob—to become a lawyer. But I didn’t dwell on my disappointment. The challenge at hand was simple enough to figure out. I had to pick myself up and get on with it, do it all over again, only even better this time.”

Of course there is so much we can delve into Sam Walton’s story, and in the weeks, months, and years to come we will revisit his story from time to time, but one of our favorite parts of the story is how we will end this week’s blog.  Sam Walton learned from his mistakes, and started opening Wal-Marts…of which No. 18 ended up being their return to Newport Arkansas.  Here is Sam Walton in his own words explaining:

“Wal-Mart No. 18 … opened in 1969, and it marked our return to Newport … nineteen years after we had basically been run out of town. By then, I was long over what had happened to us down there, and I didn’t have revenge in mind…. As it happened, we did extraordinarily well with our Newport Wal-Mart, and it wasn’t too long before the old Ben Franklin store I had run on Front Street had to close its doors. You can’t say we ran that guy—the landlord’s son—out of business. His customers were the ones who shut him down. They voted with their feet.”

Sam Walton’s story is a great one.  Perhaps most important is to recognize the parallels between his own success and failures and our own.  One of if not the greatest business owners of all time, made a ridiculous mistake that cost him everything.  So when we make mistakes ourselves, there is nothing to be ashamed of.  He did learn from those mistakes, and he did make massive effort to overcome them.  If we do the same, learn from our mistakes and make massive effort, in a smart way, we can have massive success as well, and hopefully, by also learning from the mistakes of others, we can avoid losing everything along the way.

Hope all of you have an empowering…full of learning week!

← 1 Simple Habit That Will 10x Your results by Dr. Jay LaGuardiaDo you think Micro or Macro? by Chris Koopman →